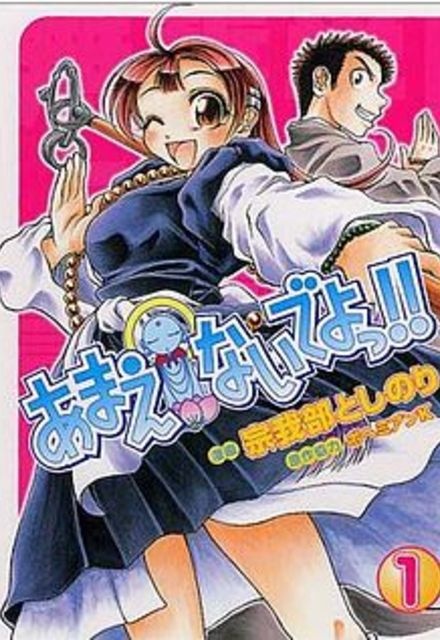 Concluded
2 Seasons, 26 Episodes
30 Minutes
2 tracks
Buy or StreamAmazonAmazon UK
Anime
The protagonist of the series is the monk-in-training Ikkou Satonaka, who transforms into a super-monk with the ability to perform mass exorcisms by his lust for the girls he lives with (Note: In the anime, he transforms from seeing a naked girl). He lives in the Saienji Temple as a Buddhist priest in training with six other nuns: Haruka Amanogawa, Sumi Ikuina, Hinata and Sakura Sugai, Chitose Nanbu and Yuuko Atouda, each of whom represents one of the bosatsu of the six lower realms of the traditional Buddhist cosmology. Chitose is the main love interest and has a love-hate relationship with Ikkou which is somewhat typical in many other anime, involving numerous misunderstandings, beatings, and angry tirades where the male is clearly at a disadvantage to the female. A side effect of Ikkou using his ultimate power is that immediately afterwards he turns into an even bigger pervert than he normally is. The subject matter of the series is Ikkou's self-destructive power and the powers of the other nuns and their training to control these powers, as well as their (mostly non-romantic) relationships.
Share on: