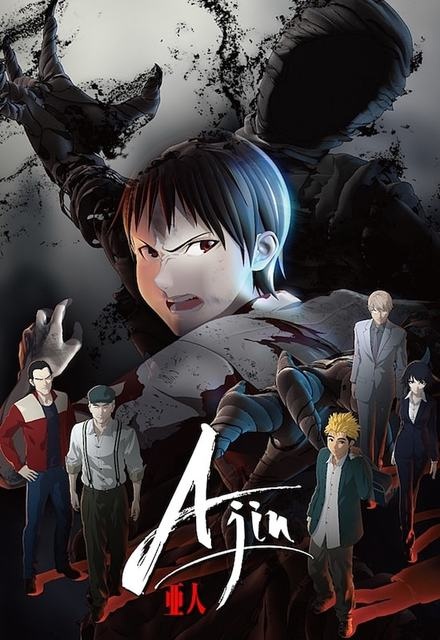 Avg Rating (4.05)
Your Rating
Tuesdays ,3:00 AM EST on Netflix
Tracked 199 Times
Hiatus
2 Seasons, 26 Episodes
30 Minutes
Buy or StreamAmazonAmazon UK
Anime Netflix
A teenager discovers that he is an Ajin and flees before the authorities experiment on him. Other Ajin plan to fight back and he must choose a side.
Share on:

A 3D anime. Its kind of strange but you get used to it after a while. After the build up there is a lot of action. lots of fights with ajin and crazy tactics involved. you see the point of a psychopath who can pretty much do anything unfold and its oddly satisfying to watch what he does.

ALL REVIEWS FOR AJIN: DEMI-HUMAN »