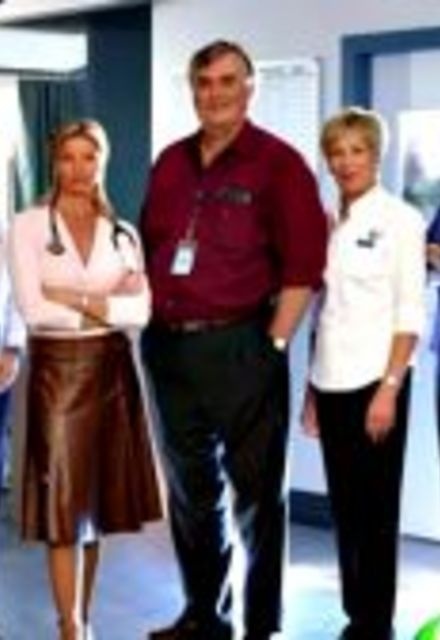 Concluded
12 Seasons, 485 Episodes
106 tracks
Buy or StreamAmazonAmazon UK
Australian Australian Drama Drama Medical Drama
All Saints is an Australian Drama series that premiered in 1998 on the seven network. It was originally centered around ward 17 in the fictional All Saints Hospital in the western suburbs of sydney. Ward 17 was known as the garbage ward and the story followed the nurses and doctors working on the ward. All Saints has been one of the most popular australian dramas since its debut in 1998 and has also become popular internationally in countries such as Ireland and the United Kingdom. It originally stared Georgie Parker as Terri Sullivan, the nursing unit manager on the ward. Other original cast included Judith McGrath, Jeremy Cumpston, Libby Tanner, Martin Lynes, Sam Healy, Ben Tari and Kirrily White. In 2004 after a year of low ratings the producers made the drastic change in shifting the shows center from ward 17 to the emergency room. This change saw a lot of characters leave and new characters enter. Currently the show averages 1.4million veiwers per program and is in its 11th season on the Seven Network. The current cast of All Saints includes, John Howard, Judith McGrath, Tammy MacIntosh, Wil Traval, Mark Preistly, Jolene Anderson, Andrew Supanz, John Waters, Virginia Gay, Allison Cratchley and Jack Campbell. Judith McGrath is the only original cast member.
Share on:

Need to Check Out

Shows I might start watching, but have yet to see an episode of. Does not include shows that haven't aired yet/are upcoming. SHOW THAT ENDED BUT HAVE NOT WATCHED