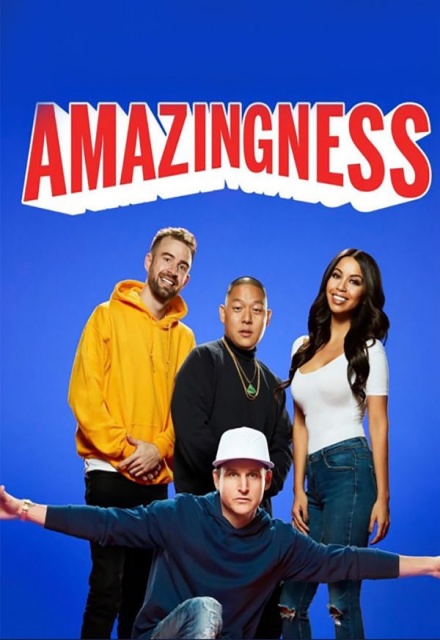 Hiatus (United States)
1 Seasons, 8 Episodes
30 Minutes
14 tracks
Buy or StreamAmazonAmazon UK
MTV Reality
"Amazingness," an irreverent and hilarious variety talent competition show hosted by Rob Dyrdek alongside a star-studded panel of judges including Eddie Huang, Krystal Bee and Chris "Drama" Pfaff. The network also greenlit all-new episodes of "Ridiculousness" for its milestone tenth season. "Working together again, my production company Superjacket and MTV have created a perfect complement to 'Ridiculousness,'" said executive producer and host Rob Dyrdek. "'Amazingness' is a fast-paced show that is to wins what Ridiculousness is to fails - with all the irreverent comedy and nonstop action you'd expect." In "Amazingness," Dyrdek will introduce the world to the most ridiculously talented young people in the country - an eclectic and diverse mix of amateur and viral talent, who compete to earn the top spot. The first act goes to the Top Spot, but every following performer has the opportunity to dethrone them. After each performance, Dyrdek and the judges will decide who stays on top and who gets dropped. The last one standing will have the "Amazingness" of a champion and walk away with $10,000 dollars in cash.
Share on: