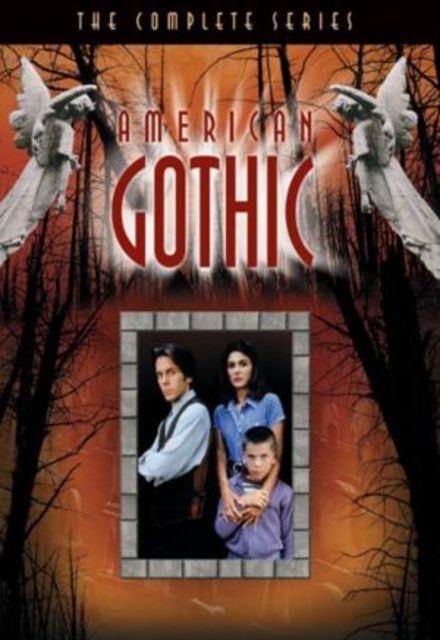 Concluded (United States)
1 Seasons, 22 Episodes
96 tracks
Buy or StreamAmazonAmazon UK
Drama Fantasy Horror Supernatural
American Gothic is a horror/drama/thriller series set in the heart of South Carolina in a small town called Trinity. In this town not everyone is as they seem and everyone seems to follow their leader, Sheriff Lucas Buck. Lucas's son, Caleb Temple, was brought up by another family and was lead to believe that a man called Gage was his father. The local doctor, Matt Crower, gets curious when suddenly the Sheriff wants everything to do with Caleb. Then Caleb's cousin, Gail Emory, comes to town to protect Caleb in every way she can, but that is extremely difficult when she fall in love with Lucas. Then Caleb's school teacher, Miss Selena Coombs, becomes jealous. But also on Caleb's side is his dead sister, Merlyn. She is an angel prepared to do ANYTHING to keep Lucas away...''
Share on: Shows of days past...

Oh, how I loved you, Party of Five.

Shows that only lasted one season (if they were lucky!)