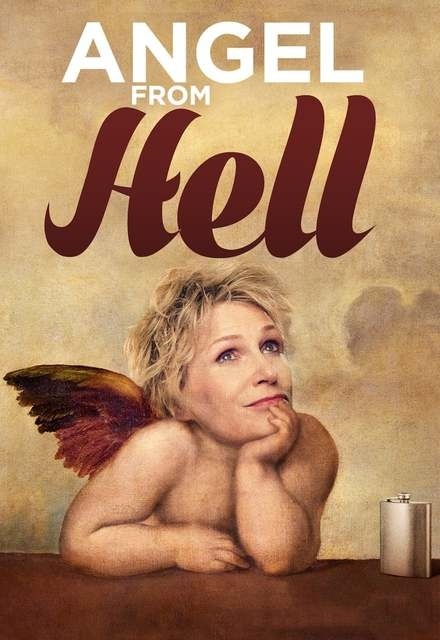 Avg Rating (0)
Your Rating
Saturdays, 8:00 PM EST on CBS
Tracked 2,368 Times
Concluded
1 Seasons, 14 Episodes
30 Minutes
Buy or StreamAmazonAmazon UK
CBS Canceled Comedy Sitcom
ANGEL FROM HELL stars Golden Globe and multiple Emmy Award winner Jane Lynch in a single-camera comedy about Amy (Lynch), a colorful, brassy woman who insinuates herself into Allison’s (Maggie Lawson) organized and seemingly perfect life, claiming to be her “guardian angel.” Allison is an intense, driven doctor who is sure that Amy is just an inebriated, outspoken nut, until every one of her warnings proves true.
Share on:

The pilot of Angel from Hell was spectacular! Funny, endearing, and somewhat Wilfred-esque, Jane Lynch shines in this new comedy. Definitely worth checking out! Angel from Hell is refreshing in its humour. A rather thin plotline to facilitate the jokes. The actors are clearly leading the series forward. I am curious to see where this is going, as only after the pilot I honestly don't know what to expect.

ALL REVIEWS FOR ANGEL FROM HELL »