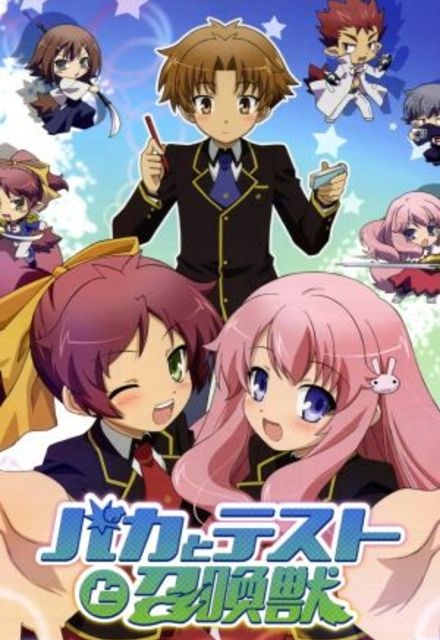 Baka To Test To Shoukanjuu

Avg Rating (0)
Your Rating
Mondays
Tracked 285 Times
Concluded
2 Seasons, 28 Episodes
30 Minutes
Buy or StreamAmazonAmazon UK
Anime
Baka to Test to Shokanju, is a Japanese light novel series by Kenji Inoue with illustrations by Yui Haga. The first novel in the series was released on January 29, 2007, and as of November 29, 2008, six volumes have been published by Enterbrain under their Famitsu Bunko publishing imprint. A manga adaptation by Mosuke Mattaku started serialization in the manga magazine Shonen Ace on April 25, 2009. Another manga adaptation by namo started serialization in the male oriented web comic magazine Famitsu Comic Clear on October 30, 2009. An anime adaptation by Media Factory has been announced the same month. A promotional trailer was released for streaming in August 2009.
Share on:

Ridiculous and wacky, Baka and Test (as it is often referred to) is a laugh riot. The story of an idiot in the lowest performing class in school, the off the wall humor will leave you wanting more. Very fun show to watch

ALL REVIEWS FOR BAKA TO TEST TO SHOUKANJUU »