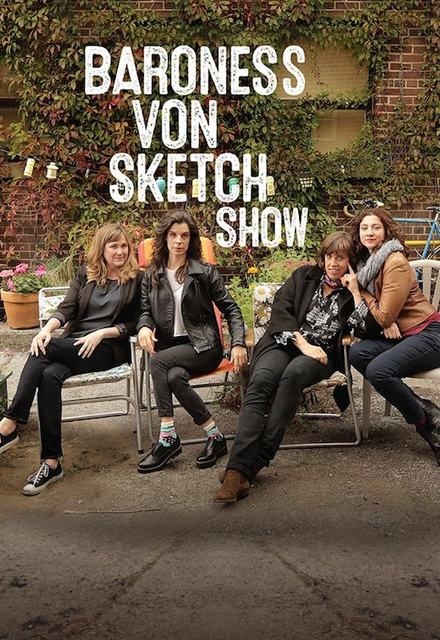 Avg Rating (0)
Your Rating
Tuesdays, 9:30 PM EST on CBC
Tracked 97 Times
Hiatus
4 Seasons, 33 Episodes
30 Minutes
Buy or StreamAmazonAmazon UK
CBC Comedy IFC Sketch Comedy
Fast-paced and irreverent, Baroness von Sketch Show and its all-female cast draws upon 15 years of comedy experience and multiple collaborations to present an insightful, emotionally grounded series that captures the banalities and humor that comes from just trying to get along in the world. Offering a witty take on everyday concerns from the pretentiousness of ordering a fancy coffee to office and sexual politics, this satirical sketch comedy satirizes daily modern life.
Share on:

I so wanted to love this show. What's not to like... its a sketch comedy, talented female comedians and filmed in the city I was born in, so what's wrong with it? Well, I've laughed once in the entire third season (I haven't seen the first two as yet). Unfortunately that laugh was the same bit from the season three trailer, so they obviously let with their only funny sketch in the trailer.