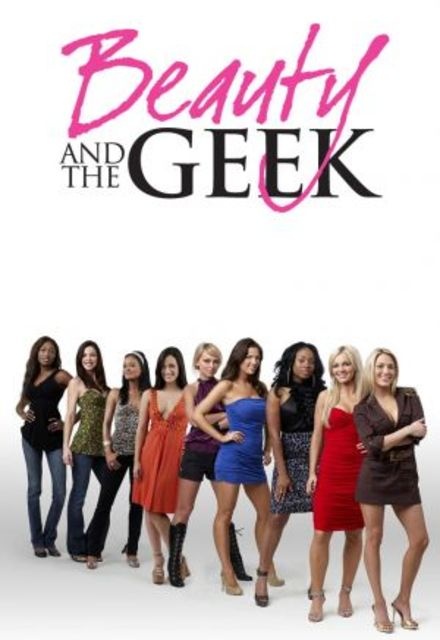 Beauty and the Geek

Concluded (United States)
5 Seasons, 48 Episodes
144 tracks
Buy or StreamAmazonAmazon UK
Canceled Comedy Competition Dating Reality The CW The WB
Beauty and the Geek is a reality television show, first aired by The WB network on June 2, 2005. It has been advertised as "The Ultimate Social Experiment" and is produced by Ashton Kutcher, Jason Goldberg and Nick Santora. Each season, 8 "beauties" (young women who have relied primarily on their looks thus far in life) and 8 "geeks" (young men who have relied primarily on intellect and are socially inept) are paired up to compete as couples for $250,000 and other prizes. Each beauty lives together in a room with her geek during the course of the competition. There is a competition during each episode, after which one couple is eliminated. By the end the competition, many of the contestants say that they have learned much about interacting with people from a different social group (and positive lessons about the character of people from that group), positive things about themselves and their own characters, and often something about human nature in general. The theme song, "Opportunities (Let's Make Lots of Money)" by the Pet Shop Boys (originally released in 1985), is used also on the British version.
Share on: