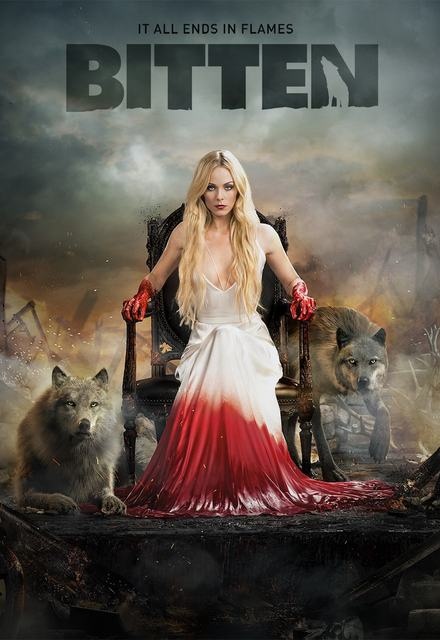 Concluded (United States), Concluded (Canada)
3 Seasons, 33 Episodes
60 Minutes
5,422 tracks
Buy or StreamAmazonAmazon UK
Canadian Canadian Drama Drama Fantasy Horror Supernatural Syfy
Based on the New York Times best-selling Women of the Otherworld novels by Kelley Armstrong, Bitten is an emotionally charged supernatural thriller starring Laura Vandervoort (Smallville, Ted) as Elena Michaels, the lone female werewolf in existence. Desperate to escape both a world she never wanted to be part of and the man who turned her into a werewolf, Elena has abandoned her Pack and taken refuge in a new city. There, she works as a photographer and hides her werewolf existence from her new boyfriend. When bodies start turning up in her Pack’s backyard, Elena finds herself back at Stonehaven, the werewolves’ ancestral domain. Torn between two worlds and two loves, she quickly realizes that – when push comes to shove – she’ll stop at nothing to defend her Pack.
Share on: