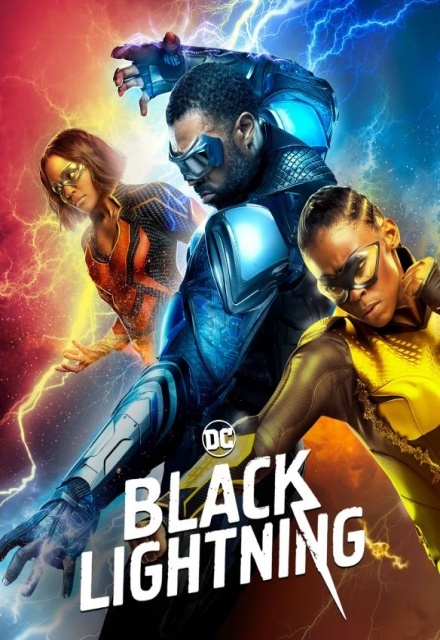 Concluded (United States)
4 Seasons, 58 Episodes
60 Minutes
7,218 tracks
Buy or StreamAmazonAmazon UK
Action Drama Superheroes The CW
Based on the DC character created by Tony Isabella with Trevor Von Eeden, Black Lightning centers on Jefferson Pierce. He made his choice: He hung up the suit and his secret identity years ago, but with a daughter, Jennifer hellbent on justice and a star student being recruited by a local gang, he’ll be pulled back into the fight as the wanted vigilante and DC legend Black Lightning. Cress Williams, Nefessa Williams, China Anne McClain and Christine Adams star.
Share on:

Parting is such sweet sorrow

Superheroes and People with Powers

Shows I watch that are currently airing new episodes (or if they recently concluded the season but I'm catching up). A subset of my Shows I Watch list.

These are the shows I watch regularly (every episode), whether it be online or on TV. Doesn't include concluded shows I'm bingeing- those go on a separate list.

Waiting to see if it survives

To many shows, a lot of which are good, die in the first season. And I am tired of getting my heart broken by personal favorites not getting a second season, because that is usually when the fun takes off with all of that pesky character development out of the way from the first season.