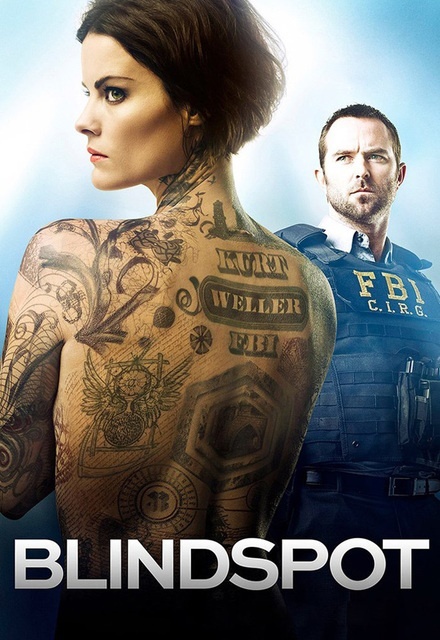 Avg Rating (4.01)
Your Rating
Thursdays ,9:00 PM EST on NBC
Tracked 30,919 Times
Current
5 Seasons, 98 Episodes
60 Minutes
Buy or StreamAmazonAmazon UK
Canceled Drama Mystery NBC
A beautiful woman is found naked in Times Square, covered in fresh tattoos and with no idea who she is. So why is FBI Agent Kurt Weller's name on her back?
Share on:

Really enjoy it, a new take on the police procedural. The tattoos themselves are a spectacularly original plot twist, as is the main character's - well, no spoiler's. Watch and see, you might like it! :)

Going on the pilot episode.. it looks to be a mix of the Jason Bourne films and Girl With The Dragon Tattoo. It was pretty
good from the start to finish of the episode with action throughout that kept me entertained through the hour. It's defo
a series I will be watching and keeping an eye on for future seasons, you'll like this show if your into the assassin/agent/fbi/cop
genre of tv shows OR films.

ALL REVIEWS FOR BLINDSPOT »