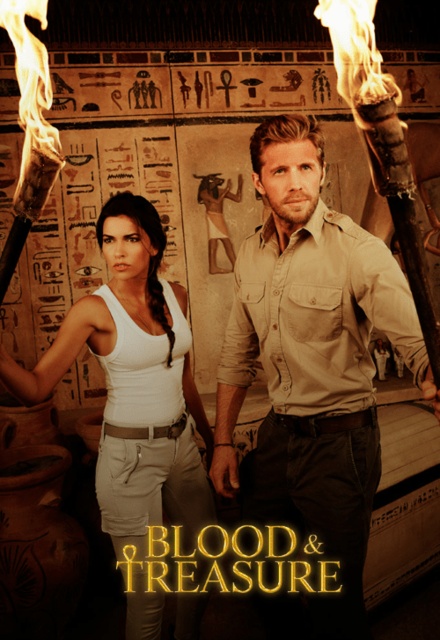 Avg Rating (3.62)
Your Rating
Tuesdays ,10:00 PM EST on CBS
Tracked 2,020 Times
Hiatus
1 Seasons, 12 Episodes
60 Minutes
Buy or StreamAmazonAmazon UK
Action CBS Drama
Written by Matt Federman & Stephen Scaia, Blood & Treasure, which hails from CBS Television Studios, centers on a brilliant antiquities expert and a cunning art thief who team up to catch a ruthless terrorist who funds his attacks through stolen treasure. As they crisscross the globe hunting their target, they unexpectedly find themselves in the center of a 2,000-year-old battle for the cradle of civilization.
Share on:

All American version of 'Hooten & The Lady' tv series by The CW/Sky One.. with more of a CGI budget and an even more complicated story, enough said. Just ok. Action, some fun, good guys v bad guys chasing them all over the world. Nothing special, but a good tway to spend the time if nothing else.

ALL REVIEWS FOR BLOOD & TREASURE »