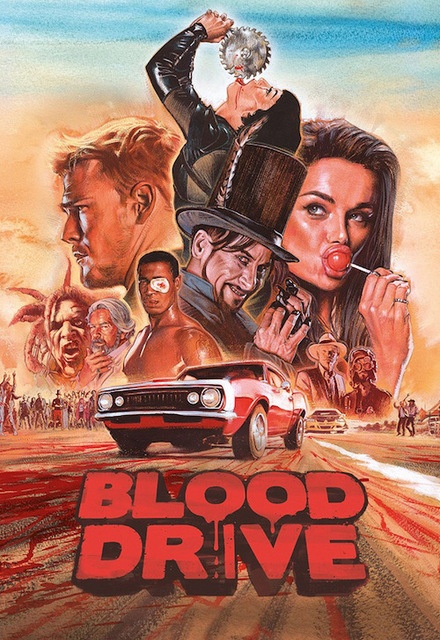 Grindhouse done right. If you know and like what that is, then this show is a must. But on the other hand, there are a lot of tired tropes and I hope they try to do something new and put a modern twist on the genre, otherwise this could get old really fast. If you like zany Troma-esque shows à la Z-Nation, give this a try.

The series had a rocky start but shone through the ironic depiction of the grindhouse stock that inspired it....until it didn't. Falling flat at the end of the season, the final nail in the coffin for me was the moment in episode 11 the words "or a retard who can drool" were used. Not that it was shocking, it wasn't, it was lazy and low and lacked imagination, much like the container episode. This series needs a major overhaul for season 2 with focus on writing (dialogue), acting (tone), music ( forget the outdated pop, there is a wealth of cheaper harder better, some even open source). Otherwise DNR.

Post Mortem: Took itself a bit too seriously to support the ridiculousness and was too ridiculous to take seriously for the serious parts. Hats off to the cast and crew, including the master of mayhem and falling skies alum. This is a talent showcase if anything and proof that these guys have potential if they an dial it back, tighten it up, and put some time into good storyboarding and dialogue. R.I.P.B.D

ALL REVIEWS FOR BLOOD DRIVE »