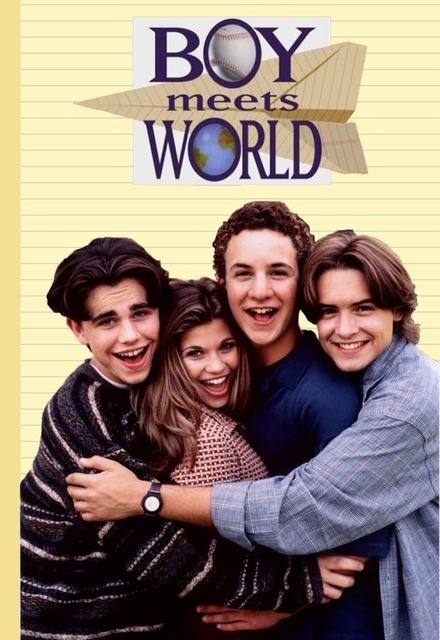 Avg Rating (0)
Your Rating
Fridays, 9:30 PM EST on ABC
Tracked 5,277 Times
Concluded
7 Seasons, 158 Episodes
30 Minutes
Buy or StreamAmazonAmazon UK
ABC Comedy Family Sitcom
Boy Meets World is an American television sitcom that chronicles the events and everyday life lessons of Cory Matthews, who grows up from a pre-pubescent boy to a married man. The show aired for seven seasons from 1993 to 2000 on ABC, where it was one of the headliners of ABC's TGIF lineup.
Share on:

Boy Meets World S1E5
Avg Rating (0)
Your Rating
Cory is determined to be in the geography bee when he finds out that the winner gets to be bat-boy at the opening game of the world series. But, when he and Minkus trade places in the acedemic world, they end up trading places in the social world, too. Me Finally a series with a lot of Wolverine xD Loved it! :-P

love everything about the x-men