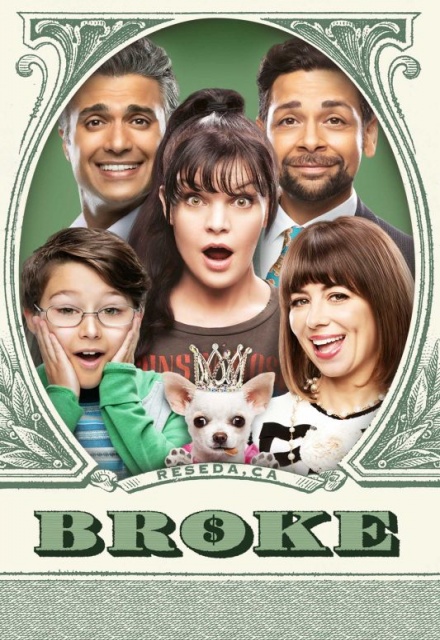 Avg Rating (0)
Your Rating
Thursdays, 9:30 PM EST on CBS
Tracked 693 Times
Hiatus
1 Seasons, 13 Episodes
30 Minutes
Buy or StreamAmazonAmazon UK
CBS Comedy
Jaime Camil and Pauley Perrette star in Broke, a comedy about Jackie (Perrette), a single suburban mother who’s shocked when her estranged sister, Elizabeth (Natasha Leggero), her sister’s outrageously wealthy, big-hearted husband, Javier (Camil), and Javier’s fiercely loyal assistant/driver/friend land on her doorstep in need of a place to live after the couple’s money dries up. Though class differences may separate the women, and the size of the house and the number of people living in it will test the limits of family ties, the familiar bond of sisterhood might be the catalyst they need to restore their relationship.
Share on:

Great movie! I finally saw FULL HD streaming of Witches in the Woods

Here is the site where I saw it: FMOVIES21.ORG

ALL REVIEWS FOR BROKE »