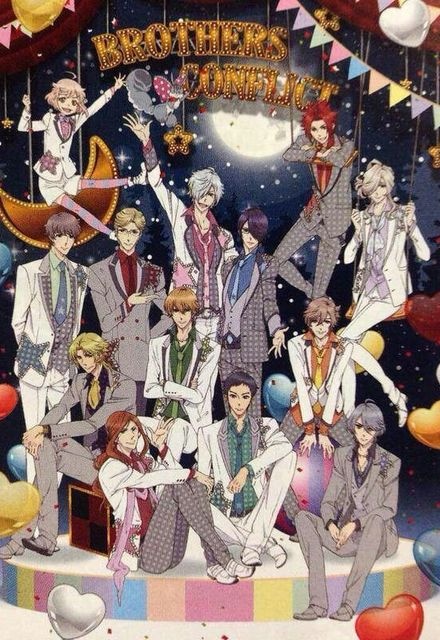 Avg Rating (0)
Your Rating
Tuesdays on Funimation
Tracked 21 Times
Concluded
1 Seasons, 12 Episodes
30 Minutes
Buy or StreamAmazonAmazon UK
Anime Japanese Anime
Ema Hinata (or later known as Ema Asahina) is the daughter of the famous expat, Rintaro Hinata. One day, Ema finds out that her dad is going to remarry a successful clothing maker named Miwa Asahina. Rather than bothering them, she decides to move into the Sunrise Residence complex that is owned by Miwa. From there, she discovers that she has 13 stepbrothers. As time moves on, her stepbrothers develop feelings for her and compete in certain ways to either hide their feelings or express them.
Share on:

its a really good reverse harem based on the otome game, but i believe that a second season would be needed

ALL REVIEWS FOR BROTHERS CONFLICT »