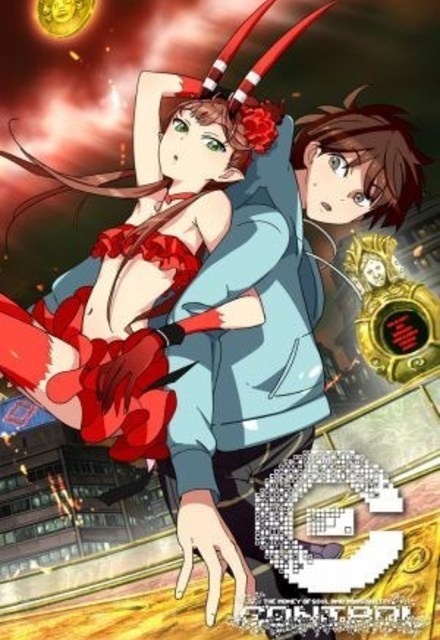 [C] - The Money of Soul and Possibility Control

Avg Rating (0)
Your Rating
Thursdays on Fuji TV
Tracked 15 Times
Concluded
1 Seasons, 11 Episodes
30 Minutes
Buy or StreamAmazonAmazon UK
Anime Japanese Anime
The Japanese government was rescued from the brink of financial collapse by the Sovereign Wealth Fund. For its citizens, however, life has not improved and unemployment, crime, suicide, and despair are rampant. Kimimaro, raised by his maternal aunt after the disappearance of his father and the death of his mother, is a scholarship student whose only dream is to live a stable, ordinary life. One day he meets a man who offers him a large sum of money if he will allow his "future" to be held as collateral. From then on his fate is radically altered as he's drawn into a mysterious realm known as the Financial District, where he must compete in weekly tournaments called "deals" in order to keep his money and avoid losing his future.
Share on:

C is an interesting action anime set up as quest for financial success. In an almost video game like world, players fight and do damage not to each other but to their opponents bank account. If you like cool fighting sequences and a bit of fantasy in your anime, I highly recommend checking this one out!

ALL REVIEWS FOR [C] - THE MONEY OF SOUL AND POSSIBILITY CONTROL »