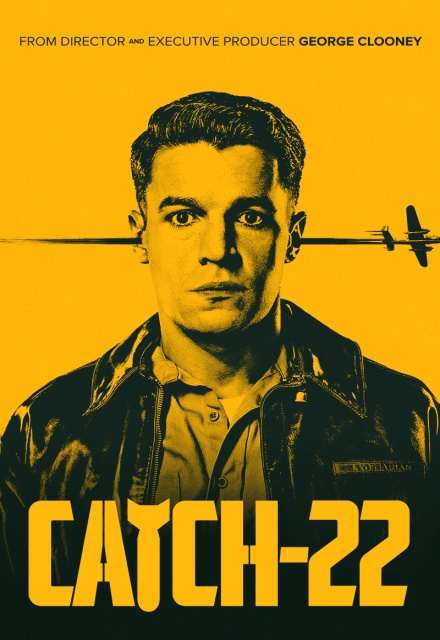 Avg Rating (3.83)
Your Rating
Fridays ,3:00 AM EST on Hulu
Tracked 931 Times
Hiatus
1 Seasons, 6 Episodes
60 Minutes
Buy or StreamAmazonAmazon UK
Hulu
Based on Joseph Heller's seminal novel of the same name, Catch-22 is the story of the incomparable, artful dodger, Yossarian (Abbott), a US Air Force bombardier in World War II who is furious because thousands of people he has never met are trying to kill him. But his real problem is not the enemy, but rather his own army, which keeps increasing the number of missions the men must fly to complete their service. Yet if Yossarian makes any attempt to avoid his military assignments, he'll be in violation of Catch-22, a hilariously sinister bureaucratic rule which specifies that a concern for one's own safety in the face of dangers which are real and immediate is the process of a rational mind; a man is considered insane if he willingly continues to fly dangerous combat missions, but a request to be removed from duty is evidence of sanity and therefore makes him ineligible to be relieved from duty.
Share on:

I stopped watching after the first episode. Its a well done show and I'm sure faithful to the book, but the scene where the other plane is blown up and the guy hits the window is nasty. I'm still having recurring images of that gore a couple weeks later.

Based on Joseph Heller’s book, this a great interpretation. Some very recognizable faces in the cast, as it features George Clooney, Hugh Laurie, Kyle Chandler, Kevin J O’Conner, Christopher Abbot and Graham Patrick Martin. Definitely worth watching. I only wish it continued.