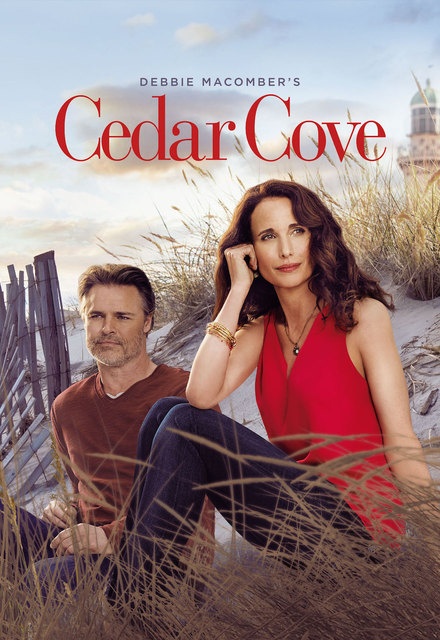 Concluded (United States)
3 Seasons, 36 Episodes
60 Minutes
599 tracks
Buy or StreamAmazonAmazon UK
Courtroom Drama Drama Family Hallmark Channel Hallmark Movies Now
In "Debbie Macomber's Cedar Cove," Andie MacDowell plays Judge Olivia Lockhart, whose Cedar Cove Municipal Court is the professional milieu and social microcosm of issues the judge will face in her own day-to-day life with family and friends. Jack Griffith (Dylan Neal), the editor of the Cedar Cove Chronicle, is a new friend and potential love interest for Judge Lockhart. In the series premiere, Judge Lockhart is overjoyed to hear that her name is being put forth for appointment to a Federal judgeship in Seattle by her longtime friend, Senator Pete Albertson. Olivia asks that her family keep the news a secret. In the meantime, Jack Griffith, desperate for a meaningful news story, corners Olivia’s mother who inadvertently tells the editor about everything in her daughter’s life – including the possible appointment. Suddenly, Olivia (much to her chagrin) is front page news. How will her family, and the rest of the town, react to the potential changes in Olivia's life?
Share on: