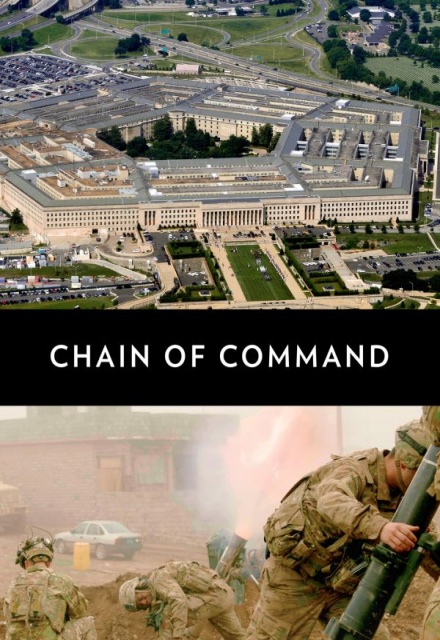 Hiatus (United States)
1 Seasons, 8 Episodes
60 Minutes
32 tracks
Buy or StreamAmazonAmazon UK
Documentary National Geographic
With incredible access inside the walls of the Pentagon and to the front lines of the U.S. military's mission to fight violent extremism around the world, National Geographic's new eight-part documentary series Chain of Command offers a new perspective on what has been dubbed "the war of this generation." Filmed over 18 months and narrated by Chris Evans ("Captain America," "The Avengers"), the global event series paints an intimate portrait of how men and women in the U.S. military handle authority and responsibility, as well as the sacrifices they make in their personal lives. The series premieres Monday, Jan. 15, at 9/8c with a double episode, and will be available for sale the day after broadcast on digital platforms including iTunes, Amazon and GooglePlay. It will air in 171 countries and 43 languages in early 2018. Chain of Command delivers extraordinary insight into a line of authority and responsibility as never seen before, including a rare on-camera sit-down with Gen. Joseph Dunford Jr., the 19th chairman of the Joint Chiefs of Staff. From the halls of power at the Pentagon in Washington, D.C., to the front lines in Iraq, Afghanistan, Somalia, Niger and South America, and to the surprising ISIS recruiting ground of Trinidad and Tobago - only 1,600 miles from the coast of Florida - viewers will see firsthand how decisions made at the Pentagon have a direct impact on our service members on the ground, fighting to protect Americans and our allies from radicalized extremists.
Share on: