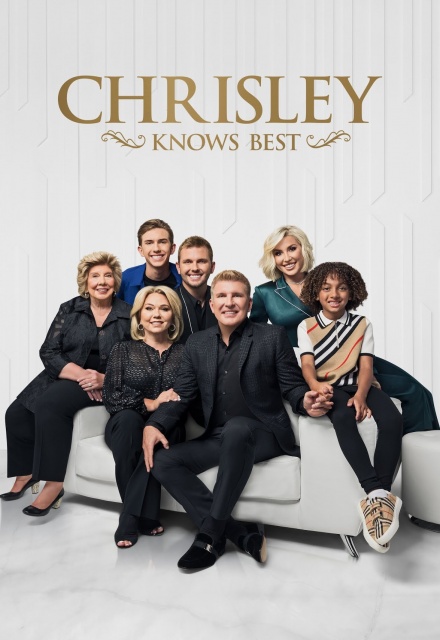 Concluded (United States)
9 Seasons, 197 Episodes
30 Minutes
926 tracks
Buy or StreamAmazonAmazon UK
Celebrity Reality USA Network
The patriarch of the Chrisley family, Todd is a self-made millionaire and successful entrepreneur. Born in Georgia and raised in Westminster, SC – Todd and his wife of nearly 18 years, Julie, raise their five children in the suburbs of Atlanta. Todd Chrisley isn’t your typical father. Brash and outspoken with a razor sharp southern wit and remarkable ability to dish insults, he keeps the family in line through his tough and at times brutally honest form of parenting. Todd runs his family just like his business – with an iron fist – and micromanages every move and expenditure made by each member of the Chrisley clan. A “patriarch of perfection,” Todd believes that he has all the answers. As Todd often jokes to his children, he’s “already been there, done that, and got the tee-shirt.”
Share on: