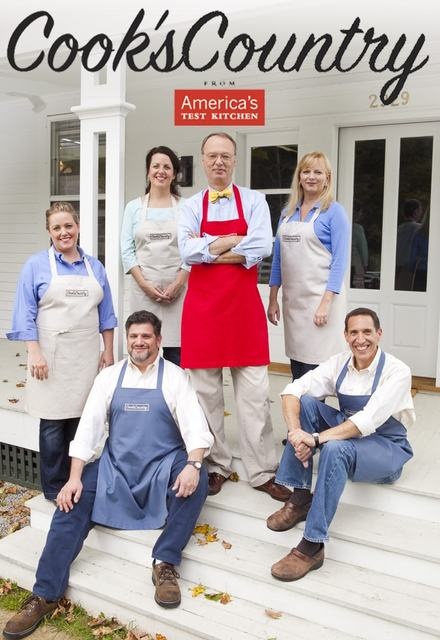 Hiatus (United States)
10 Seasons, 130 Episodes
30 Minutes
34 tracks
Buy or StreamAmazonAmazon UK
Food & Cooking Hobbies & Lifestyle PBS
Cook's Country is an American half-hour television cooking show on the PBS channel. It is shot in a renovated 1806 farmhouse located in Rupert, Vermont. The show is based on Cook's Country magazine(published by the same company as Cook's Illustrated) and a cover of it appears at the start of each episode.
Share on: