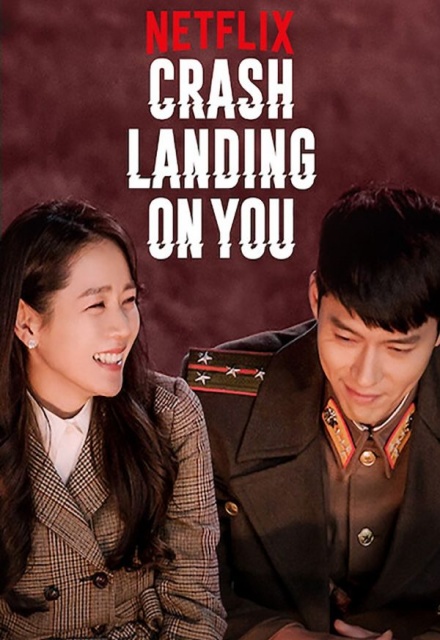 Crash Landing on You

Hiatus (Online), Hiatus (South Korea)
1 Seasons, 16 Episodes
75 Minutes
94 tracks
Buy or StreamAmazonAmazon UK
Drama
Crash Landing on You tells the story of two star crossed lovers, Yoon Se-ri (Son Ye-jin), a South Korean Chaebol heiress, and Ri Jeong-hyuk (Hyun Bin), a member of the North Korean elite (who also happens to be an army officer). One day while Yoon Se-ri goes for a short paragliding ride in Seoul, South Korea, a sudden wind knocks her out and blows her off course. She awakens to find herself in a forest in the DMZ in North Korea (a forbidden area for South Koreans). It is there that she meets Ri Jeong-hyuk, a North Korean army officer. Ri Jeong-hyuk eventually gives Yoon Se-ri shelter, and develops plans to secretly help her return to South Korea. Over time, they fall in love, despite the divide and dispute between their respective countries.
Share on: