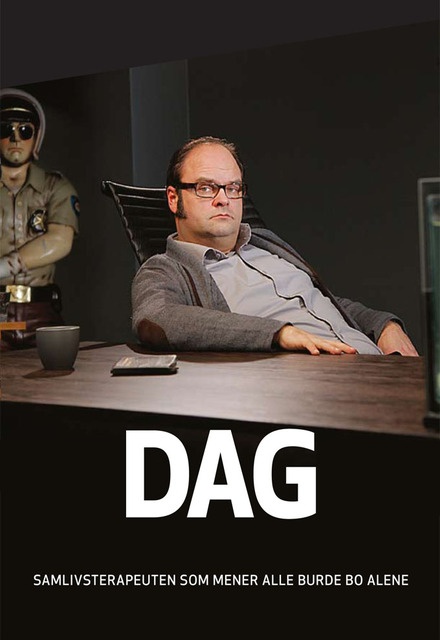 Hiatus (Norway), Hiatus (United Kingdom)
4 Seasons, 40 Episodes
30 Minutes
58 tracks
Buy or StreamAmazonAmazon UK
Comedy Drama Scandinavian Sky
Dag is a Norwegian comedy series about a marriage counselor who think people should live in solitude. He hates spending time with other people, except from his friend Benedict who is struggling to be faithful in his own relationship. Dags life changes when his well-meaning sister, Marianne, forces him to go on his nineteenth blind-date with her old childhood friend, Eva.
Share on: