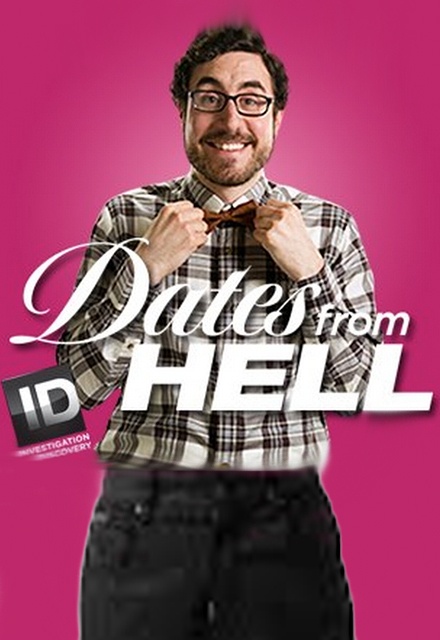 Concluded (United States)
3 Seasons, 28 Episodes
60 Minutes
27 tracks
Buy or StreamAmazonAmazon UK
Crime Investigation Discovery True Crime
In ID's series DATES FROM HELL, men and women share their personal stories of how something that started out as dinner and a movie quickly transformed into a terrifying tale. DATES FROM HELL profiles stories where the search for the love of your life turns into a fight to the death. In the premiere episode, an American tourist watches her charming Italian love interest transform into a violent assailant, leaving her to scale the rooftops of Rome searching for safety in a foreign city. Then, two college sweethearts quickly find themselves surrounded by three gang members who torture them, separate them, and leave them both for dead in the harsh extremes of the New Mexican desert. This series brings in a slew of stories that examine what it really means to survive a true date from hell, including a woman who had to make a daring escape from her kidnapper's trunk to a man who was lured into a serial killer's lair from a dating website.
Share on: