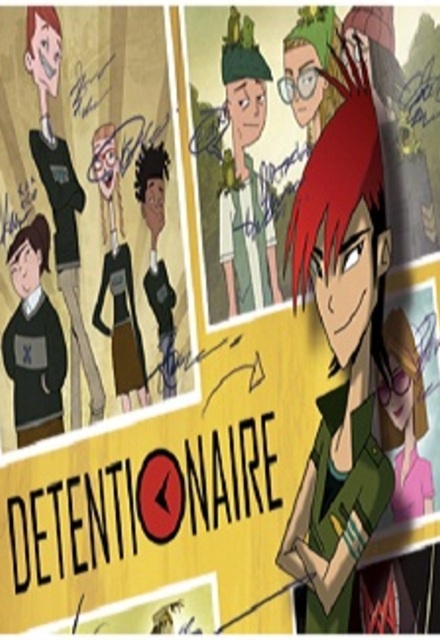 4 Seasons, 53 Episodes
30 Minutes
19 tracks
Buy or StreamAmazonAmazon UK
Anime Teen
"Detentionaire" is a Canadian animated series following Lee Ping, a Year 10 student. All seasons except the first were aired in Australia prior to airing in Canada. Lee was falsely framed for pulling off the biggest prank in high school history and received a full year of detention for it. Now, every day, Lee has to escape the heavily fortified Detention Room... infiltrate a new social clique... and unravel yet another piece of a gigantic, mysterious puzzle - all to discover who REALLY pulled off the EPIC stunt he got framed for. Until he can prove his innocence, Lee Ping is... the Detentionaire!
Share on:

Shows I Want to See