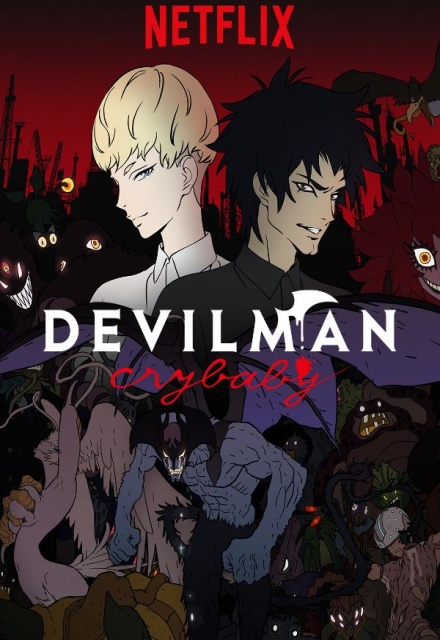 Hiatus (Online)
1 Seasons, 10 Episodes
30 Minutes
134 tracks
Buy or StreamAmazonAmazon UK
Anime Japanese Anime Netflix
The protagonist Akira Fudo (Koki Uchiyama) learns from his best friend, Ryo Asuka (Ayumu Murase), that an ancient race of demons has returned to take back the world from humans. Ryo tells Akira that the only way to defeat the demons is to incorporate their supernatural powers, and suggests that he unite with a demon himself. Akira succeeds in transforming into Devilman, who possesses both the powers of a demon and the soul of a human. The battle of Devilman and Akira Fudo begins.
Share on: