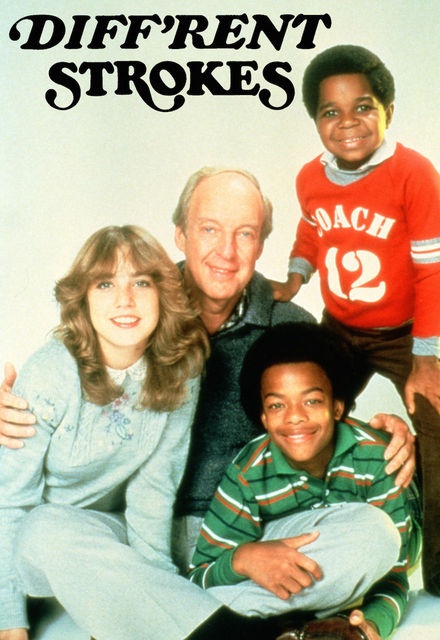 Avg Rating (0)
Your Rating
on NBC/ABC
Tracked 270 Times
Concluded
8 Seasons, 189 Episodes
30 Minutes
Buy or StreamAmazonAmazon UK
ABC Comedy NBC Sitcom
A long-running sitcom about a Park Avenue millionaire who adopts two Harlem orphans after the death of their housekeeper mother. The younger brother, Arnold, was an immediate hit, and the precocious lad's frequent query of his sedate, older brother---'Whatchutalkinbout, Willis?'---entered the pop-culture lexicon. The sitcom, on the air for eight years, spun off 'The Facts of Life.'
Share on:

It's so funny and wholesome, it will guarantee a good laugh. The performances given by the main leads in Diff'rent Strokes was great. Even though it was a sitcom, the show wasn't afraid of tackling and addressing social and controversial issues such as child molestation, racism, bulimia, class division and sex for example. The writing was funny but also sharp, witty and clever. The concept was original and addressed the issue of child adoption in a straight-to-the-point manner but at the same time combine laughs with clean cut jokes, good gags and great humor.