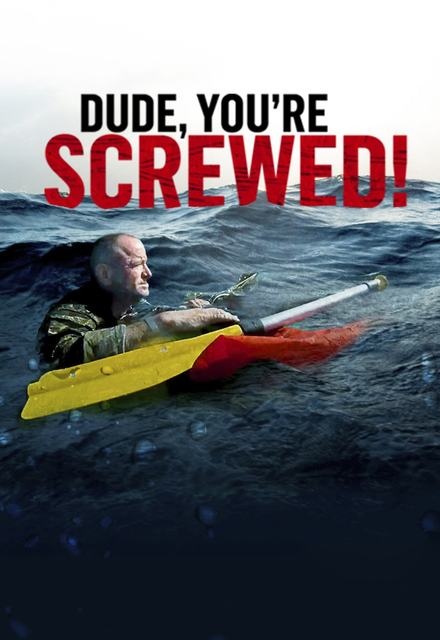 Concluded (United States)
2 Seasons, 15 Episodes
60 Minutes
89 tracks
Buy or StreamAmazonAmazon UK
Discovery Reality Survival
In DUDE, YOU’RE SCREWED, five of the world’s most elite, thrill-seeking survivalists will find out! The seven-part series is the newest twist in the survival genre, premiering on Discovery Channel Sunday, December 8th at 10:00pm ET/PT, and on Animal Planet in early 2014. Unprepared and left to fend for yourself, what would you do if you were captured, blindfolded and taken to an unknown, remote location? Viewers are about to find out as these five survivalists must prove they have what it takes week after week as they play this “game” that puts all of their skills to the ultimate test.
Share on: