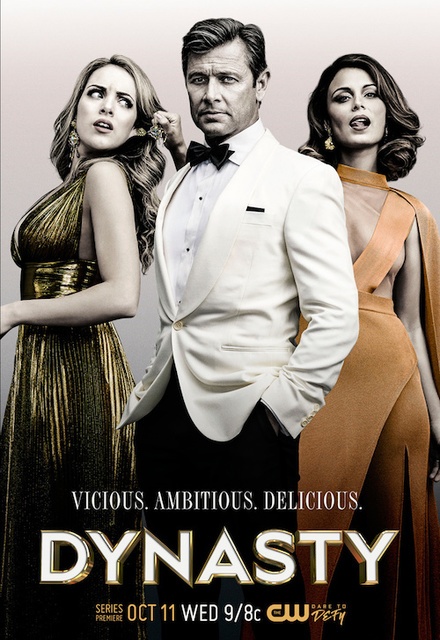 Hiatus (United States)
4 Seasons, 86 Episodes
60 Minutes
8,859 tracks
Buy or StreamAmazonAmazon UK
Drama The CW
“Dynasty” follows two of America’s wealthiest families, the Carringtons and the Colbys, as they feud for control over their fortunes and children. The series will be told primarily through the perspectives of two women at odds: Fallon Carrington (Gillies) — daughter of billionaire Blake Carrington — and her soon-to-be stepmother, Cristal, a Hispanic woman marrying into a WASP family and America’s most powerful class.
Share on: