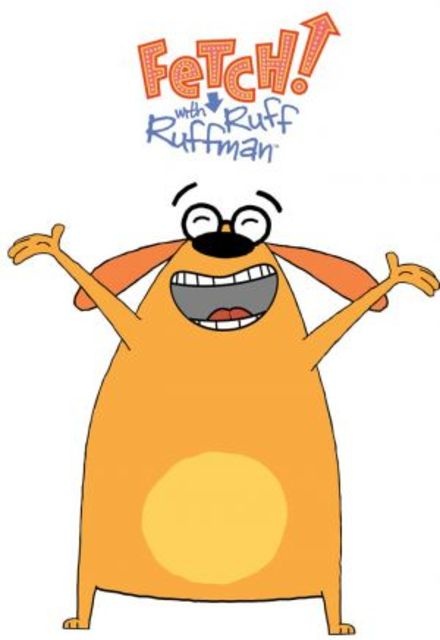 Avg Rating (0)
Your Rating
5 Seasons, 101 Episodes
60 Minutes
8 tracks
Buy or StreamAmazonAmazon UK
Cartoons & Animations
FETCH! is an interactive childrenâ??s TV show developed by PBS that is part-game show, part-reality show taking part in Boston, Massachusetts, hosted by an animated but oh-so charismatic dog, Ruff Ruffman. A mixture of live-action and animation, FETCH! follows Ruff and the young real contestants as they gain points during challenges. The contestantsâ?? job is to complete a number of tasks that each have an educational component, such as learning topics of astronomy, carpentry, food science, or biology, designed to help the contestants complete the tasks. Not all contestants and tasks are made equal with some remaining behind in the studio while others go out in the field. Ruff utilizes the FETCH 3000, an impressive device keeping score while making refreshing beverages, as the contestants work towards prizes or the â??boobyâ? prizes, rewards that no one would quite want. Some of the tasks have been dancing a waltz, hunting for nine scale-model planets scattered throughout Boston, and living a non-electronic life at the Plymouth Plantations.
Share on:

Shows that start with F