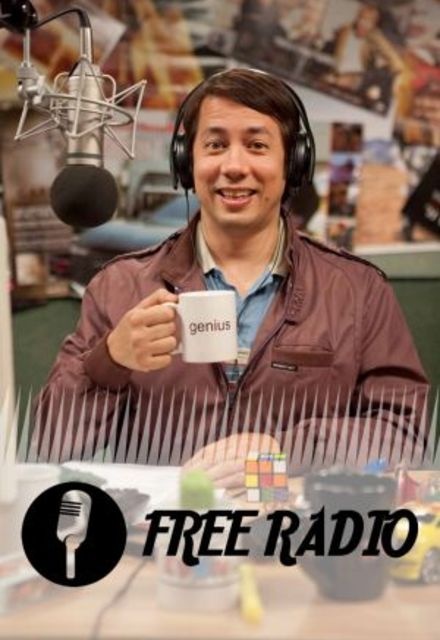 Concluded
2 Seasons, 17 Episodes
12 tracks
Buy or StreamAmazonAmazon UK
Canceled Comedy VH1
Free Radio is improvised comedy that chronicles the Cinderella story of one dim-witted intern, Lance, who answers his call to greatness by jumping in to host a popular radio show when the real host defects to satellite radio. What follows is a glorious train wreck of botched celebrity interviews, on-air tantrums and generally lovable buffoonery. The twist? Lance's hosting effort is so spectacularly awful, that ratings actually go up. This, of course, forces his frustrated manager and co-host to put up with him for the sake of the ratings. The new show, "Moron in the Morning" continues to be a fan favorite.
Share on: