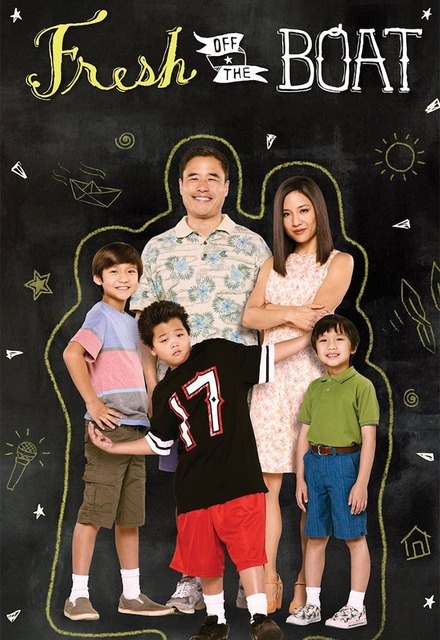 Fresh Off The Boat

I'm still amazed it took 2 decades to get another Asian American comedy on American TV. And it has an awesome grandma adding fun one liners throughout the show. And this time they cast someone old enough to be a grandmother.

The good news: no laugh track, cast is great (Emmy nomination for Constance Wu, please), they are likeable and, though they face unique challenges, much of the stories are universal.

The bad news: it's based on the memoirs of misogynist Eddie Huang. The main character is annoying because of this and his antics detract from the show overall. There are also some tired cliches in this show though I imagine it is difficult to get a show on network TV without them.

FOTB is the Asian-American 'Everybody Hates Chris' that AAs will ironically relate to and non-As will enjoy from a unique perspective never seen before on mainstream TV. The excellent cast along with the legendary Eddie Huang as writer & narrator makes it the overdue answer that addresses a large market demand.

ALL REVIEWS FOR FRESH OFF THE BOAT »