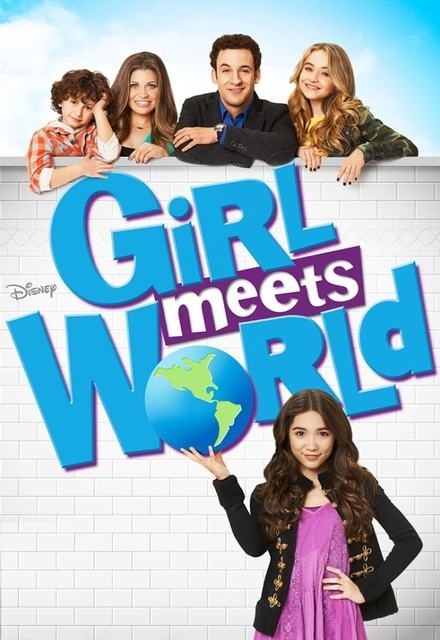 Avg Rating (0)
Your Rating
Fridays, 8:30 PM EST on Disney
Tracked 7,900 Times
Concluded
3 Seasons, 72 Episodes
30 Minutes
Buy or StreamAmazonAmazon UK
Comedy Disney Family Kids Sitcom
Girl Meets World is a sequel to the sitcom Boy Meets World, which aired on ABC's TGIF block from 1993 to 2000. The new series will follow Riley Matthews (portrayed by Rowan Blanchard), the teenage daughter of Boy Meets World main characters Cory and Topanga Matthews, as Riley navigates the challenges of life. Ben Savage and Danielle Fishel, who played Cory and Topanga respectively in the original series, will reprise their roles in this series, as will other members of the original cast.
Share on:

It's no Boy Meets World — keep in mind, despite its 90s inspiration, it still IS a 2014 Disney Channel comedy — but it's cute. If you can get past the almost-unbearable corniness of the Pilot episode, you'll see in later episodes that Rowan Blanchard has a lot of Cory Matthews-style humor and quirks that Boy Meets World fans will appreciate and enjoy!

ALL REVIEWS FOR GIRL MEETS WORLD »