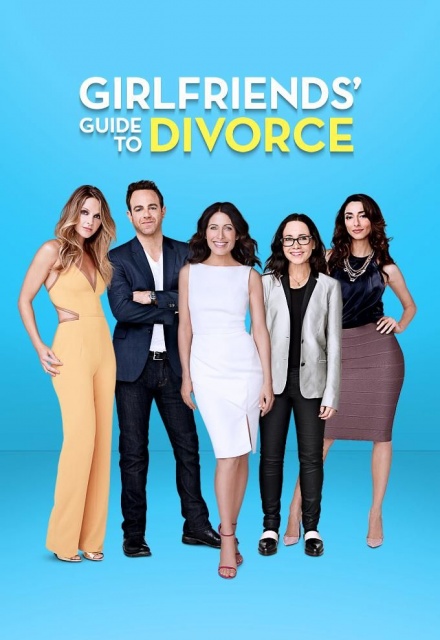 Avg Rating (3.56)
Your Rating
Thursdays, 10:00 PM EST on Bravo
Tracked 3,668 Times
Concluded
5 Seasons, 45 Episodes
60 Minutes
Buy or StreamAmazonAmazon UK
Bravo Drama
Based on the best-selling “Girlfriends’ Guide” book series by Vicki Iovine, the series follows Abby, a self-help book author who hides the fact that she’s separated from her husband, as she starts to navigate her life as a single woman in her early 40s in Los Angeles. She finds herself seeking advice from her divorced friends, instead of her married ones which leads to some unexpected and life-changing experiences.
Share on:

There’s no doubt that Bravo’s expertise lies in over-the-top reality wives wielding Birkins and Pinot, so what a happy surprise to find that its first original scripted series is equally as entertaining. Cringe-worthy sexual encounters, fiery touch-and-go “friendships,” and some swanky LA digs definitely make this show a keeper. (Okay, so maybe it’s not so far off from the Real Housewives franchise, after all.)

While this show is NOTHING like "The Affair", both shows succeed in making you want to stay single forever. What a bleak picture of marriage theses two shows create. And I'm divorced, so I know how bleak being married to the wrong person can be, but damn, these characters have it bad and make unbelievably poor decisions for such "mature" adults.
Anyway, it is interesting enough to watch, but I do wish the lead character Abby (and the actress who portrays her) had a wider range of expressions other than the "who me?? smile" and the "I'm so shy I'm smiling" looks in every scene where there is a potential love interest. That look is wearing thin.

ALL REVIEWS FOR GIRLFRIENDS' GUIDE TO DIVORCE »