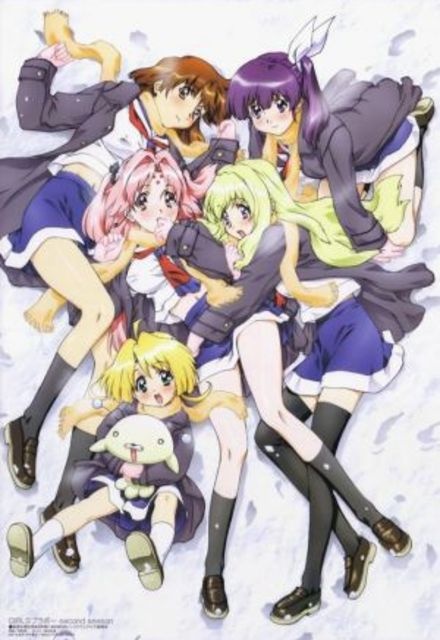 Avg Rating (0)
Your Rating
2 Seasons, 24 Episodes
31 tracks
Buy or StreamAmazonAmazon UK
Girls Bravo features a young male student named Yukinari Sasaki who was teased and bullied by girls to the point that he developed an allergic reaction, breaking out in hives whenever he comes into contact with a female. One day, when he comes back from school, he falls into his bathtub and is transported to "Seiren", a mysterious world with a mostly female population. While Seiren is featured in several episodes, the majority of the series takes place in Japan.
Share on: