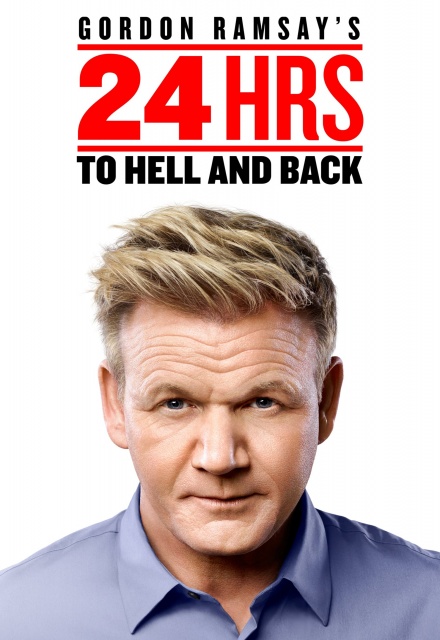 Gordon Ramsay’s 24 Hours to Hell and Back

Avg Rating (3.91)
Your Rating
Tuesdays ,9:00 PM EST on FOX
Tracked 832 Times
Current
3 Seasons, 25 Episodes
60 Minutes
Buy or StreamAmazonAmazon UK
FOX Reality
Features award-winning chef Gordon Ramsay driving to struggling restaurants across the country in his state-of-the-art mobile kitchen and command center, Hell On Wheels. In today’s social media-driven world, everyone is an amateur food critic, and restaurants often find themselves one bad review away from shutting their doors. So, for the first time ever, Ramsay will try to bring each of these failing restaurants back from the brink of disaster – all in just 24 hours. First, he’ll send in a team to record secret surveillance. Then, he’ll go in undercover to see the problems first-hand. As the clock ticks down, Ramsay and his team will transform these restaurants with spectacular renovations, fresh new menus and hope for the future. It all builds to the end of the 24 hours, when grand re-openings of these restaurants will be held for the public.
Share on: I love this show!! I love Gordon Ramsay!! I watch all of his shows and this one is a lot like Kitchen Nightmares! I love how he only has 24 hours to fix the place and fix the people! That's more stressful than Kitchen Nightmares because he had a few days to help them. I can't wait to see more!!