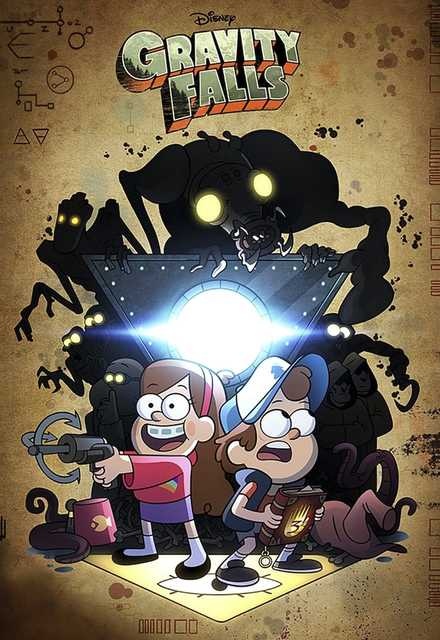 Concluded (United States)
2 Seasons, 41 Episodes
30 Minutes
1,925 tracks
Buy or StreamAmazonAmazon UK
Big Kids Cartoons & Animations Disney Family Kids
The show concerns the adventures of twin brother and sister Dipper and Mabel Pines, whose summer plans are ruined when their parents ship them off to their Great Uncle Stan in Gravity Falls, Oregon. Uncle Stan lives in and runs The Mystery Shack, a tourist trap which overcharges unlucky visitors for a glimpse at the world's most bizarre museum, but little do Dipper and Mabel know that there really is something very strange going on and they must rely on one another to find their way in this unfamiliar town.
Share on: