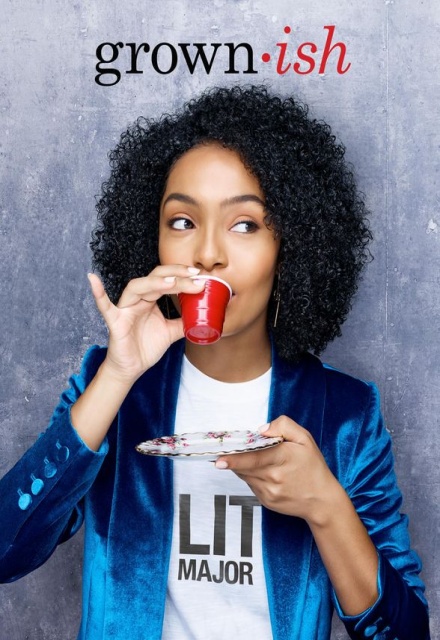 Avg Rating (0)
Your Rating
Thursdays, 8:00 PM EST on Freeform
Tracked 4,766 Times
Current
3 Seasons, 42 Episodes
30 Minutes
Buy or StreamAmazonAmazon UK
Comedy Freeform Teen Teen Comedy
From "black-ish" executive producer Kenya Barris comes a contemporary take on the current issues facing both students and administrators in the world of higher education. Yara is joined by "black-ish"'s Deon Cole (Charlie), who moonlights as an adjunct marketing professor, as well as funny new characters both in the administration and student body who all reflect the complex and hilarious points of views that populate college campuses.
Share on:

I really enjoy watching black-ish so was excited to see this had been made. It has a bit too much 'typical teen movie' vibe for my liking, so much attention is put on Zoey and boys which I don't think follows Black-ish in being a funny yet educational program where you can take something from every episode. Zoey definitely seems more grounded and mature in Black-ish and some of the decisions she makes in this spin-off don't follow suit. I will continue to watch though as I think it's still interesting enough

This is a good spin-off of Black-ish and it was smart to target a younger audience with the college setting (dare I say that I enjoy Grown-ish a tad more than Black-ish because of the youthful approach).

However, there are some things which are annoying such as the heavy focus on Zoey's relationships and her immature response to some situations such as taking drugs and her willingness to give up her education/dreams for her boyfriend/relationship. I feel like the Black-ish Zoey was more confident, wiser and smarter, but I guess they had to dumb down the character to fit the new college narrative to make the show interesting.

This is definitely one to watch if you're a younger fan of Black-ish or just like teen/college-based shows.

ALL REVIEWS FOR GROWN-ISH »