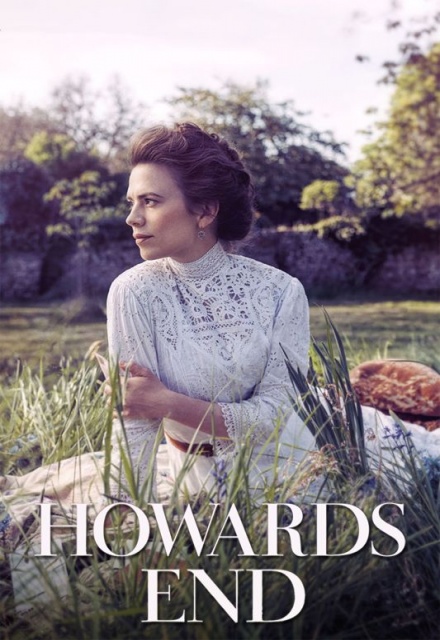 The first two episodes are quite endearing and you think that its going to be a love story, but its much more of a tradgedy. Although they squeeze in a hollywood happy ending in the last 5 minutes of the 4th episode.

Despite the story being billed as about "...independant and unconventional sisters...", the older sister often acts like the dutiful wife and does exactly what her only slightly overbearing husband suggests. Her character valcilates from strong to weak from scene to scene. Its obvious the writer(s) had a hard time converting the book to a mini-series, as most of the main characters are all over the place, acting like different people from scene to scene.

The social class aspect is interesting, but its basically about "noble" rich people and "capitalistic" filthy rich people interbreeding. I have not read the novel but I'm sure it goes more into the lower class struggle, but in this version the poor people are treated more like an addon to the story instead of an intergral part. Perhaps that is more the real point to the story... rich people only care about surviving and poor people are not worth anything, not even a decent part in the play.

The wife of the poor man having a sordid past with the rich man is overly coincidental with that poor couple becoming almost forcably befriended by the sisters. Again, maybe in the novel it comes across as more real, but it just seems stuck together for no other reason than to create drama.

Another review that seems to have been deleted mentioned that a white man married to a black woman would not have been allowed 100 years ago, but that is a much more of an Amerikan attitude and history than a British attitude and history. While I doubt it was common for a white man to marry a black woman at the time in England, interracial marriage has never been banned in the UK like it was in the US. That said, regarding interracial/inter-ethnic marriage in England at the time, it was much more common for Indian men to marry white woman, as the trade with Indian (read that, brutal colonization) brought a lot of Indian men to England. It would have made for a much more interesting story had the poor man been Indian and the wife to have been white. Perhaps she could have had an illigitamate baby from the rich man. Just saying... more interesting and realistic for the time.

The 4th episode has the feel that it should have been at least two episodes and they jammed all the plot into one episode to get it over with. Which I kind of appriciated. Whew. The younger sister suddenly allowing herself to have an affair with the poor man at the end of episode 3, while logical since she fancied him and stole his umbrella at the beginning, again seems forced for no other reason than to create a child to be the heir of Howards End in the final scene.

The moon is shown 3 times as being 3-4 times bigger in the sky than it actually is. I really despise altering the size of the moon in shows, its done more often than most people think and it makes people think the moon is much larger/closer than it is. If it was slightly bigger it would have been fine, but they made it ridiculously bigger. For me, its like breaking the 4th wall.

All in all I can't imagine its an overly faithful version of the novel. I've seen at least one other E.M. Forester movie and it was full of subtly and nuance. You can see that they are trying to portray the overly restrictive English norms when they are talking about the sordid affair in Cyprus, but they just don't spend enough time for that kind of subtly to come across. This series is crude and patched together and should have been at least 6 episodes instead of four. The best parts are the sisters and the Wilcox couple (while they were originally at Howards End before she dies). Great actors who did the best they could even when the writing and directing let them down. The actresses that play the two sisters are both extremely beautiful women. The first two episodes with their interactions are probably the best part. I bumped it up half a star just for that.

ALL REVIEWS FOR HOWARDS END »