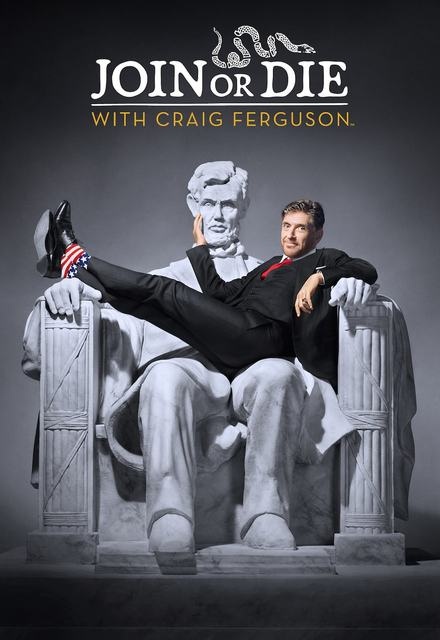 Join Or Die With Craig Ferguson

Avg Rating (0)
Your Rating
Thursdays, 11:00 PM EST on History
Tracked 170 Times
Hiatus
1 Seasons, 21 Episodes
30 Minutes
Buy or StreamAmazonAmazon UK
History History Channel Late Night Talk & Late Night
In this half-hour show, comedian Craig Ferguson (The Late Late Show with Craig Ferguson) debates provocative and timely topics, in his unorthodox and iconoclastic manner, with a panel of guests which will include celebrities and history experts, as well as the American public through social media. Categories will range from topics such as: what was the biggest presidential campaign flop; who was the greatest founding father; or which invention was history's greatest game changer - clue: it's not the "selfie stick."
Share on:

I'm a huge Craig Ferguson fan! Love him! This show is nothing like anything he's ever done before, but it's really interesting!

ALL REVIEWS FOR JOIN OR DIE WITH CRAIG FERGUSON »