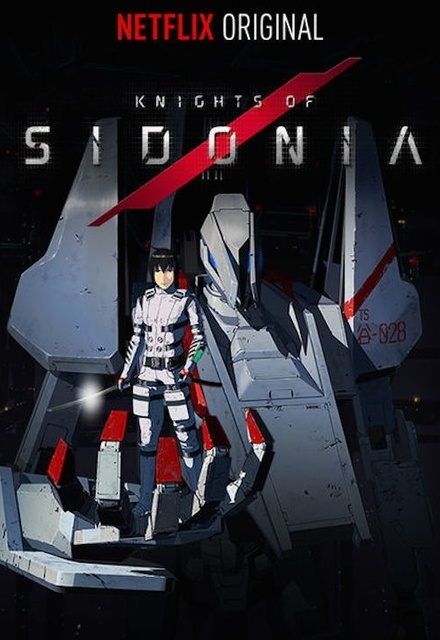 Avg Rating (0)
Your Rating
Fridays on Netflix
Tracked 284 Times
Hiatus
2 Seasons, 24 Episodes
30 Minutes
Buy or StreamAmazonAmazon UK
Anime Netflix
An original anime series about Nagate, a low-born youth in a society of genetically engineered humans, refugees that escaped the destruction of Earth one thousand years earlier and now occupy the massive ship Sidonia. When Nagate's talent as a pilot is revealed he becomes one of Sidonia's elite defenders against the Gauna, shapeshifting aliens bent on eliminating humans from existence. Based on the popular Japanese manga comic.
Share on:

This Netflix sponsored creation finds itself edging away from traditional anime and into more fluid story arcs. Battlestar Galactica fans, however, will groan when they begin to notice all of the parallels. It's a bold series that misses its target entirely.

ALL REVIEWS FOR KNIGHTS OF SIDONIA »