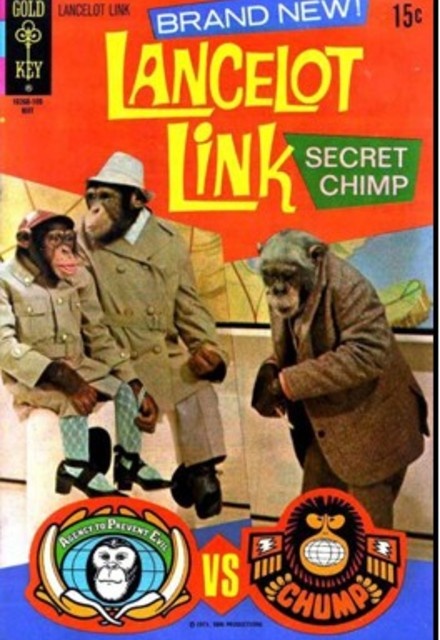 Avg Rating (0)
Your Rating
Tracked 2 Times
Concluded
0 Seasons, 0 Episodes
Buy or StreamAmazonAmazon UK
Comedy
Lancelot Link: Secret Chimp is the ABC action comedy series that follows primate secret agent Lance Link as he works for the APE, the Agency to Prevent Evil. Lance works with his female sidekick Mata Hari to battle nefarious villains from CHUMP, the Criminal Headquarters for Underworld Master Plan, an evil organization led by Baron Von Butcher. Baron is a monocle-wearing evil genius who was always coming up with plans to endanger the world, using his network of villains like his chauffeur Creto, Dr. Strangemind, Dragon Woman, Wang Fu, Ali Assa Seen, and the Duchess. When Lance isn't fighting crime, he jams with his all-chimp band, The Evolution Revolution, a jamming pop-rock band with songs such as Sha-La Love You and Wild Dreams (Jelly Beans). This early 70's comedy was a big-budget homage to shows like Get Smart. The producers Stan Burns and Mike Marmer went to great lengths to make the dialogue fit the chimp's performances, ad-libbing voiceovers on set which led to hilarious and absurd outbursts and songs. Join the chimp spy and his APE agents as they fight against the CHUMP villains in the hilarious action comedy Lancelot Link: Secret Chimp.
Share on: