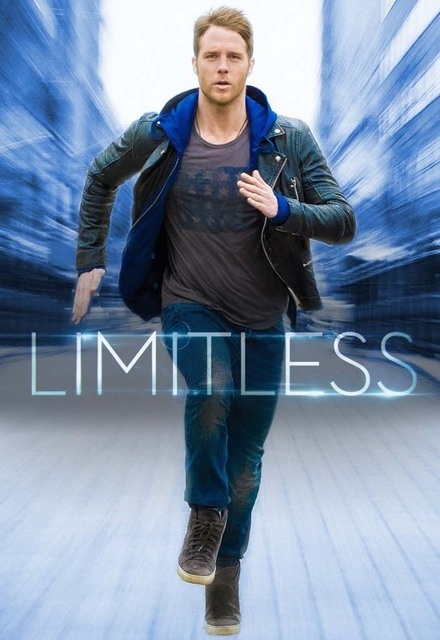 Avg Rating (4.15)
Your Rating
Tuesdays, 10:00 PM EST on CBS
Tracked 16,512 Times
Concluded
1 Seasons, 22 Episodes
60 Minutes
Buy or StreamAmazonAmazon UK
CBS Crime Procedural Science Fiction
LIMITLESS, based on the feature film, is a fast-paced drama about Brian Finch (Jake McDorman), who discovers the brain-boosting power of the mysterious drug NZT and is coerced by the FBI into using his extraordinary cognitive abilities to solve complex cases for them. Working closely with Brian in the major case squad in New York City is Special Agent Rebecca Harris (Jennifer Carpenter), a formidable investigator with a dark past, and Special Agent Boyle (Hill Harper), a former military officer and Rebecca’s confidante. They report to Special Agent in Charge Nasreen “Naz” Pouran (Mary Elizabeth Mastrantonio), a canny manipulator of the reins of power.
Share on:

I have mixed feelings about this show. The mood is spot on, with a decent soundtrack, special effects, and clear visuals to show when the protagonist is on NZT. However the writing often makes it feel like a cookie-cutter cop procedural where each week the solution a little white pill full of Deus Ex Machina.
The show isn't very smart either. There have been multiple episodes where it looks like the NZT isn't working properly, but it's just bad writing.

ALL REVIEWS FOR LIMITLESS »