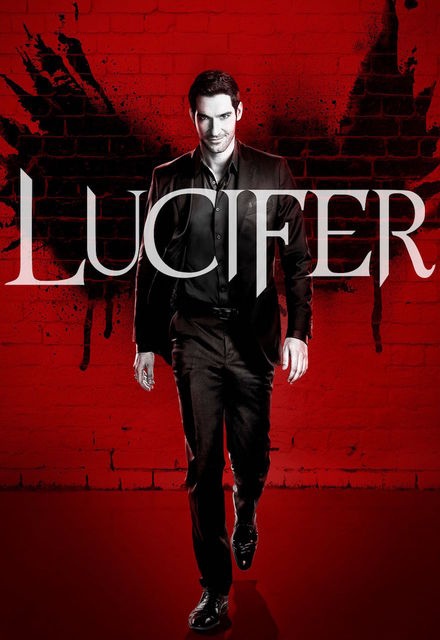 Avg Rating (4.19)
Your Rating
Mondays ,3:00 AM EST on Netflix
Tracked 36,454 Times
Hiatus
4 Seasons, 67 Episodes
60 Minutes
Buy or StreamAmazonAmazon UK
Action Drama Netflix Superheroes
Based on characters from DC Entertainment’s Vertigo imprint, LUCIFER stars Tom Ellis (“Merlin”) as the charming, charismatic and handsome-as-hell original fallen angel, who, bored and unhappy in Hell, takes refuge in Los Angeles, where he uses his gift of persuasion to punish bad guys. But the longer he’s away from the underworld, the greater the threat that the worst of humanity could escape.
Share on: There is no way I could ever be disappointed in something Neil Gaiman is involved in. Saw the pilot a while back, and a month later I am still as excited as I was after that. Tom Ellis makes a fantastic mischievous devil, similar in a way to his Rush. This has the potential to become a great series, it sure has the characters for it.
Also, I am a sucker for redemption stories, or any story that involves the devil in a capacity other than the boogie-man.

For every DC Comics enthusiast & Tom Ellis' bug, you won't be disappointed. Imagine Lucifer Morningstar quitting hell due to boredom and job routine to become a hip club owner in LA. This fallen angel is charismatic, charming, witty, sexy and gorgeous. When one of his protégé pop star is murdered outside his club just in front of him, Lucifer's new love, luxury and bubble recycled life will hit a bumpy road. At this moment, a new feeling/urge awaken in him. He will partner up with homicide detective Chloe Decker who teases his curiosity. Why would you ask? I am not sure if it's because he can't figure out and read detective Chloe or because he found in her a new hobby to get him away from his routine... or even maybe Mr Morningstar is becoming more caring and human. Meanwhile, he's being pressured to go back to run Hell. Will he turn into a sweet caring gentleman? Or will all this just be like a mid-life crisis and will he return to be King of Hell? Who knows!? Well the writers do but we don't... or do we?

ALL REVIEWS FOR LUCIFER »