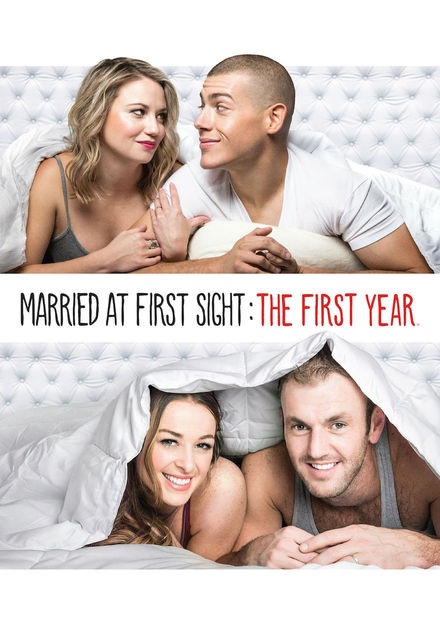 Hiatus (United States)
2 Seasons, 24 Episodes
60 Minutes
547 tracks
Buy or StreamAmazonAmazon UK
Dating Reality fyi
In the season one finale of “Married at First Sight,” the three couples had to decide if they were going to stay married or get a divorce. With the extreme social experiment over and their decisions revealed, can the two remaining couples make it and celebrate their first anniversary as husband and wife? In “Married at First Sight: The First Year,” viewers will see Jamie and Doug, and Cortney and Jason, continue their journeys from the six month mark of marriage to their March 2015 one year anniversary. From the holidays to birthdays to moving into new homes – viewers will see the two couples mark many “firsts” together, as well as receive advice and guidance from season one’s trusted specialists, including – sexologist, Dr. Logan Levkoff; psychologist, Dr. Joseph Cilona; and sociologist, Dr. Pepper Schwartz. The series will also check in with the couple that chose not to stay together – Monet and Vaughn.
Share on: