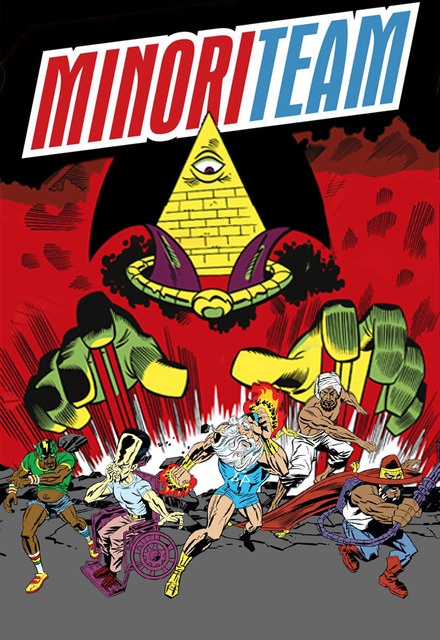 Concluded (United States)
1 Seasons, 20 Episodes
15 Minutes
6 tracks
Buy or StreamAmazonAmazon UK
Adult Swim Cartoons & Animations Grownups
Minoriteam stars a team of five superheroes, each one having his own racial or ethnic stereotype. They join forces to fight against discrimination, such as The White Shadow, Racist Frankenstein and The Corporate Ladder. The Minoriteam is made up of Non-Stop, an Arab convenience-store owner who cannot be shot. El Jefe, a Mexican that fights crime with a leaf blower. Dr. Wang, an Asian human calculator and the leader of the team. Fasto, the fastest man that ever was. Lastly, Jewcano, a man with the powers of the Jewish faith and a volcano.
Share on: