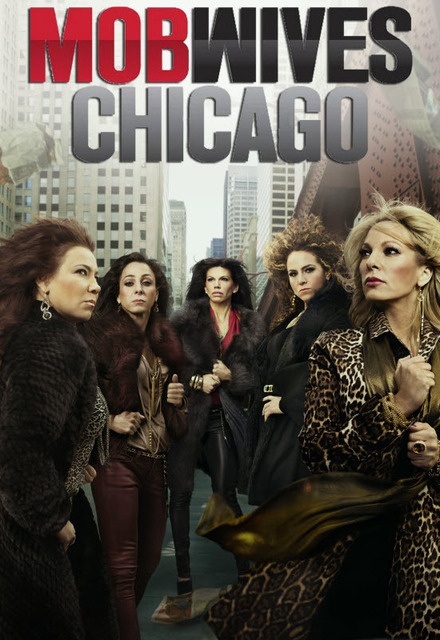 Avg Rating (0)
Your Rating
Sundays, 8:00 PM EST on Vh1
Tracked 1,023 Times
Concluded
1 Seasons, 11 Episodes
60 Minutes
Buy or StreamAmazonAmazon UK
DocuDrama Reality VH1
"Mob Wives Chicago" follows the lives of five women allegedly connected to "The Outfit," Chicago's version of the Mob, as they bear the cross for the sins of their Mob-associated fathers. With lives that are right off the pages of a story book, each woman has chosen her own way to live her life in the city that was once home to Al Capone, sometimes in spite of and many times because of who her father is. Along the way these women battle their friends, families and each other as they try to do what's best for themselves and their children. But ultimately, it is the ghost of their fathers they battle, living and dead, as they try to overcome and persevere in the face of these men's notorious legacies.
Share on:

quite good! not much going on as opposed to the original mob wives series. still worth a watch though

Not a bad show while it lasted...