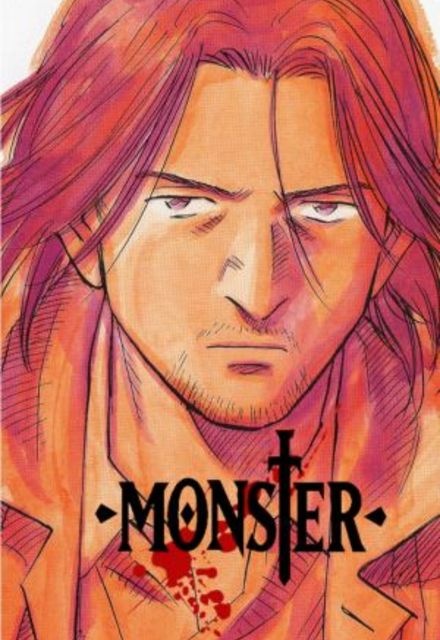 Avg Rating (0)
Your Rating
Mondays on Manga Entertainment
Tracked 216 Times
1 Seasons, 74 Episodes
Buy or StreamAmazonAmazon UK
Anime
Naoki Urasawa's Monster: An ice-cold killer is on the loose, and Dr. Kenzo Tenma is the only one who can stop him! Tenma, a brilliant neurosurgeon with a promising future, risks his career to save the life of a critically wounded young boy named Johan. When the boy, now a coldhearted and charismatic young man, reappears nine years later in the midst of a string of unusual serial murders, Tenma must go on the run from the police who suspect him to be the killer to find Johan and stop the monster he set loose upon the world.
Share on:

An intelligent and compelling series if you have the patience to follow it to the end as it is somewhat slow paced and watchers can lose interest. If you enjoy this I would suggest Death Note which is one of my favourites.

ALL REVIEWS FOR MONSTER »